On February 24, 2022, at 5:02 a.m., Russia attacked Ukraine by firing rockets at most of the country's major cities.
Hostilities have been going on for more than a month, and Ukrainians have been forced to leave their homes and hide from artillery and missile strikes.

Today Ukraine suffers the darkest time of its history and a real catastrophe. Our citizens need mass and large-scale assistance.

War has two fronts, one is the military and the second one is humanitarian.
From the very first days, part of the Ukrainian event community combined their efforts and created a crisis volunteer headquarters to coordinate the daily evacuation of about 60,000 people through the Lviv railway station.
Now, its representatives – agencies, leaders and industry professionals, are coming together to do what they do best, i.e. solve crisis issues, organize and systematize processes. This initiative is supported by the government authorities, particularly by Lviv Regional Military Administration
Issues
Specialists of the event industry of Ukraine lost their jobs and most of them started volunteering
Currently the extensive humanitarian aid is chaotic, which provokes a surplus, uncontrolled circulation of goods, poor satisfaction of specific needs at the exact areas and proper timing.
Support the Ukrainian event community by creating a platform for joint activity, as well as minimal funding to save the jobs

Solve the problem of uncontrolled and
unsystematic aid

Event community of Ukraine, where each specialist has the necessary competencies and contacts to build organizational processes in their regions

A global event community that wants and can help to meet the existing needs of Ukrainian side, including by means of attracting their clients, governments, and non-profitable organizations

The railway connection from Lviv is established and there is a possibility of arranging a warehouse near the station
Offer for funds
We call on global funds and organizations to contribute to building a system of humanitarian supply and providing jobs for workers of the event industry
Logistics, warehouses and teams require monthly financial assistance
Funding may be provided both as a single transfer or on a monthly basis
Donate
For payments in UAH
Company Name: ГО ВОЛОНТЕРСЬКА СОТНЯ
EDRPOU Code: 44825474
Name of the bank: JSC CB "PRIVATBANK"
IBAN Code: UA833052990000026002011018521
For payments in USD
Company Name: ВОЛОНТЕРСЬКА СОТНЯ ГО
IBAN Code: UA953052990000026003001028241
Name of the bank: JSC CB "PRIVATBANK", 1D HRUSHEVSKOHO STR., KYIV, 01001,
UKRAINE Bank SWIFT Code:PBANUA2X 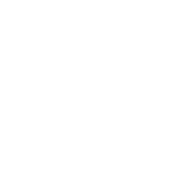 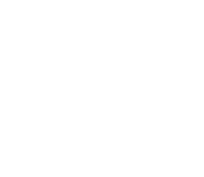